April 7, 2010 - Marfa, Texas, USA - AMERICA FERRERA AND FIRST-TIME FILMMAKER, RYAN PIERS WILLIAMS discuss their film, "The Dry Land", which explores post-traumatic stress disorder and how it effects one American soldier returned from Iraq. Interviewed at the Marfa Pavillion, Ferrera and Williams were in Marfa to attend a showing of the film for which Fererra was executive producer and Williams was director. The Food Shark is a famed mobile kitchen located in Marfa where the films "Giant" and "No Country For Old Men" were filmed. (Credit Image: ©Robert W. Hart/ZUMA Press) 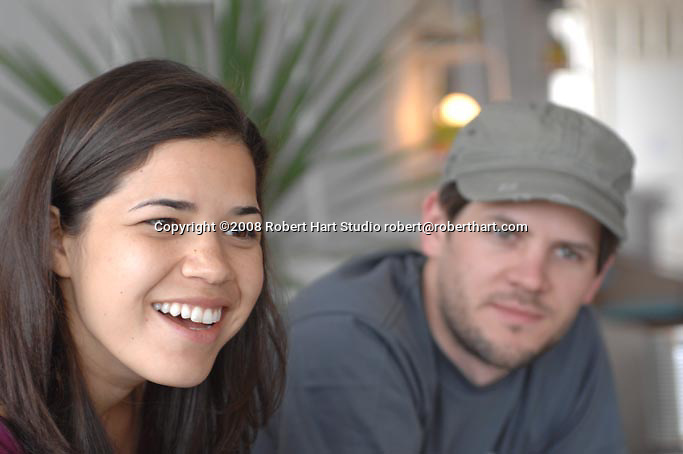