April 7, 2010 - Marfa, Texas, USA - AMERICA FERRERA AND FIRST-TIME FILMMAKER, RYAN PIERS WILLIAMS discuss their film, "The Dry Land", which explores post-traumatic stress disorder and how it effects one American soldier returned from Iraq. Interviewed at the Cafe Bustelo Filling Station installation in Marfa, Texas, Ferrera and Williams were in Marfa to attend a showing of the film for which Fererra was executive producer and Williams was director. Marfa is where "The Dry Country", Ferrera and Williams' film as well as the films "Giant", "There Will Be Blood", and "No Country For Old Men" were filmed. (Credit Image: ©Robert W. Hart) 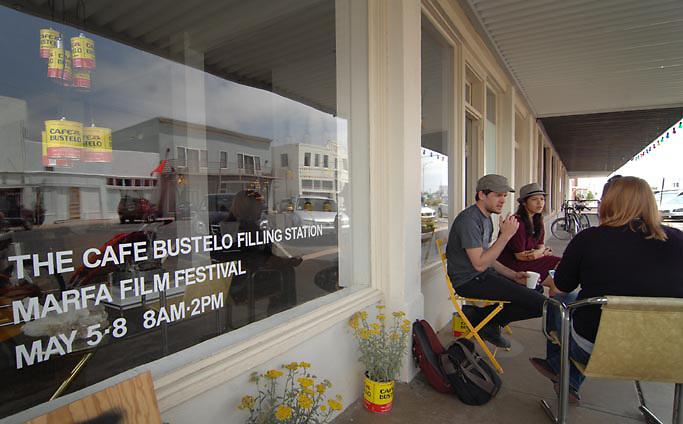